We’ve all said it. Maybe we threw the book or shouted at the television screen. What? Why? That’s it? Noooo! When it comes to storytelling, the ending gets the shaft. If it’s not perfect, if it doesn’t take all of our questions and answer them in a manner we find satisfactory, we moan. We bitch. We reimagine our own, better ending. (My mother recently did this with Bel Canto by Ann Patchett—she much prefers her ending). Sometimes a story has “alternate” endings—you get to choose. Can you really go wrong here? And where is the magic in that? Choosing an ending that suits our needs, our current mood and that snatches any remaining mystery the story might’ve had and fills in all of the gaps. There. Now, that is what we call an ending! To a fairy tale. But this is not how real life is, and what is story if not a retelling of life?

Never have my expectations been so stridently managed by others as when I decided this year (2018) to watch all 6 seasons of the Sopranos. Boy, did people hate that ending!  I got a lot of “You won’t believe it!” or “Just you wait” and “It was the worst ending ever”, “Terrible”.  After listening to a spectrum of complaints I could hardly believe it could be nearly as disappointing as people said. My father, a writer and reader and close observer of film told me the ending was in his mind, “Unsatisfactory”. I thought this sentiment was slightly more forgiving than “disappointing” but I also ruminated on the word. I told my dad that often in life the ending of a thing is “unsatisfactory”. The end of a shopping trip where I find nothing I wanted. The end of a trip when it rained or I planned poorly. The end of a recipe—the final product that required all those spices I never knew existed—and Pinterest promises of giving the chef in San Francisco a run for his/her money and impressing my friends. Many of these recipes end poorly, the end result indeed unsatisfactory. Maybe the ending of this blog post. UNSATISFACTORY. My conduct grade for talking during morning Mass.

I’ve a friend who wants the happy ending every time—they fall in love, she wins the battle, he gets the job, they grow old together blah blah blah. She wants what she calls “the bow”. Everything tied up neatly. I think that an audience loves that but I must admit, I think it’s a little unfair.  Malcolm Gladwell (apologies, I am paraphrasing here) says that if he doesn’t answer all the questions,  or the one question he set out to answer, or if he answers a different question altogether, that’s okay. In the end what he wants is to be thought-provoking, interesting. AGREED, Malcolm. Agreed. I feel like I need to insert a disclaimer here: I love to wonder about things. I loved wondering about the end of the Sopranos. I am still wondering about it months later. The ending left an impression on me and even if I never figure it out, if I am forever mystified, it is an ending I will never forget. I feel the same way about The Great Gatsby, The Art of Hearing Heartbeats, Jane Eyre, On Chesil Beach and many of the short stories by Flannery O’Connor and Nathaniel Hawthorne.  Some of these were sad, others hopeful, some downright mystifying—possibly a wee unsatisfactory. Most of all, I believe an ending should be like waking up from a deep sleep—the kind where consciousness unfolds slowly and things that are fuzzy come into focus. If the ending is too abrupt, we’ve fallen out of bed with a painful thud and we are confused. What just happened? If the ending is too long, it’s like those mornings where we are not awake until coffee #5, and that kind of ending can wreak havoc on the brain. Nail the ending, where the alarm goes off, we hit the snooze once, amble to a warm shower, shave, and walk with a sense of earnest towards the kitchen where coffee and a sunrise rounds out our morning. Ah. The end.

We are all of us architects of our own story—the ones we write, the ones we live—and we stand back and look I hope if we find nothing else, we find something to think about—something that grabs our imagination until we create again.

We hope so. Circle Y or N

We hope not. Circle Y or N 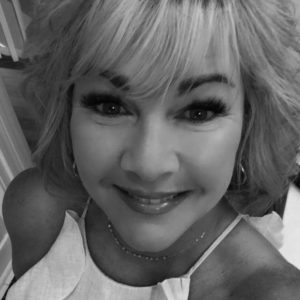 I hold an MA in English (Writing) and have edited 150+ manuscripts for publication in science journals, 2 textbooks and 427 grant submissions. I am currently developing writing courses for STEM majors at Vanderbilt University and will begin teaching in spring 2019.